Sometimes I feel I have nothing in common with anyone.
I shamble through the day, dragging my knuckles in the grass,
and each new hour with each new person is a cliff I can’t climb —

yet I know I’m alive now — inside a song as deep as forever,
that stretches to the infinite future and the bottomless past,
connecting every place I’ve lived or nearly died —

and I shouldn’t worry so much about losing what’s most precious,
my simian balance, shaggy fur, bold fleas,
my plentiful fingers and opposable thumbs,

and my curious, glowing, ape-like eyes that still shine
with radiant chaos, wondrous animal calm,
and so much love, for everyone. 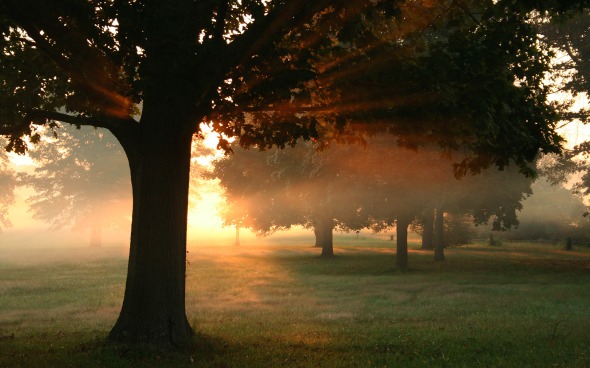 the only things I remember about
New York City
in the summer
are the fire escapes
and how the people go
out on the fire escapes
in the evening
when the sun is setting
on the other side
of the buildings
and some stretch out
and sleep there
while others sit quietly
where it’s cool.

and on many
of the window sills
sit pots of geraniums or
planters filled with red
geraniums
and the half-dressed people
rest there
on the fire escapes
and there are
red geraniums
everywhere.

this is really
something to see rather
than to talk about.

it’s like a great colorful
and surprising painting
not hanging anywhere
else.

It was over a girl,
One boy had spoken to her,
Had asked her out, the other
Had been feeling with her
The twitches of something serious.
It was a misunderstanding,
Something that might have been fixed,
Talked out or around,
But the whole school had turned out
To watch them settle it.
It was too late for talk,
It was no longer just their fight,
Something irrelevant and impure
Had entered it, honor, looking
More upright than the other,
Things which had nothing to do
With the girl, or desire,
Or what she had whispered to one of them
One night in a car.
So they faced each other,
Bringing their anger up
By saying what finally did not matter
But loudly enough so their bodies believed it.
There was a sudden coming together,
There were fists flailing
While everybody, hundreds, watched.
One was cut above the eye, the other’s
Knuckles were bloodied against teeth.
It lasted half a minute until
One of them pulled back and said
Something like “This is stupid”
And the other dropped his fists
And watched him walk away 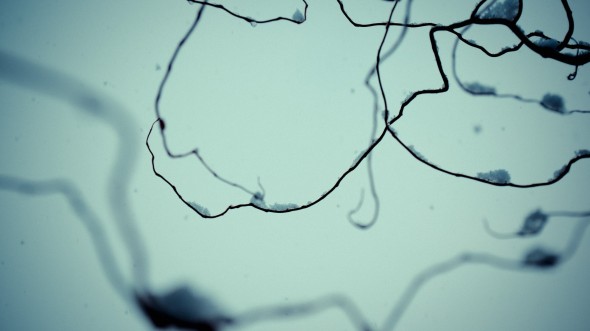 At the Beginning of Winter

In the shallows of the river
After one o’clock in the afternoon
Ice still
An eighth of an inch thick.
Night never disappears completely
But moves among the shadows
On the bank
Like a glimpse of fur.
Meanwhile
Trees
Grass
Flies and spiderwebs
Appear alone in the flat air.
The naked aspens stand like children
Waiting to be baptized
And the goldenrod too is stripped down
To its bare stalk
In the cold
Even my thoughts
Have lost their foliage.

Saturday at the Canal

I was hoping to be happy by seventeen.
School was a sharp check mark in the roll book,
An obnoxious tuba playing at noon because our team
Was going to win at night. The teachers were
Too close to dying to understand. The hallways
Stank of poor grades and unwashed hair. Thus,
A friend and I sat watching the water on Saturday,
Neither of us talking much, just warming ourselves
By hurling large rocks at the dusty ground
And feeling awful because San Francisco was a postcard
On a bedroom wall. We wanted to go there,
Hitchhike under the last migrating birds
And be with people who knew more than three chords
On a guitar. We didn’t drink or smoke,
But our hair was shoulder length, wild when
The wind picked up and the shadows of
This loneliness gripped loose dirt. By bus or car,
By the sway of train over a long bridge,
We wanted to get out. The years froze
As we sat on the bank. Our eyes followed the water,
White -tipped but dark underneath, racing out of town. 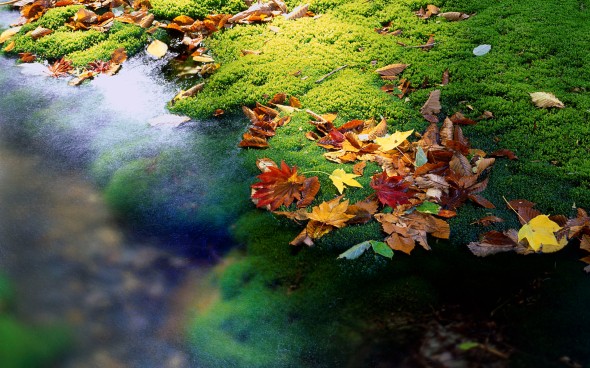